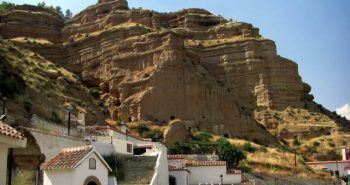 Purullena is a Spanish town and municipality located in the west central part of the region of Guadix in the province of Granada, autonomous community of Andalusia. It borders the municipalities of Fonelas, Benalúa, Guadix, Marchal, Cortes and Graena and Darro.

The council consists purullenense cores Purullena and The Bejarín. The township is crossed by rivers and Fardes Alhama, with an average altitude of 908 meters and a population of 2403 inhabitants (2012).

Go to the gallery
Reviews

It is a great campsite with incredible views of Granada, very quiet and a stupendous treatment by its owners. I have a 7-meter motorhome with which we have accessed without any problem, it has many spacious and very careful plots, I do not see any problem to access it, we have loved it, and it is very close to Granada. In short, great.